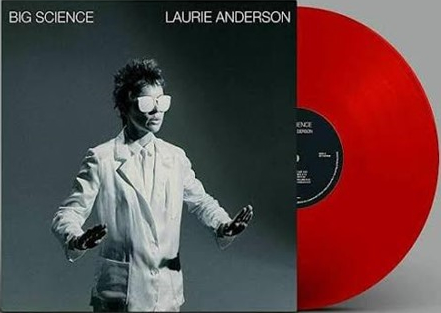 On the occasion of the album’s re-release in shiny red vinyl, IMA is proud to host a Webinar with Big Science producer, Roma Baran.  Using recently unearthed original multitrack recordings, descriptions of the technology, audio examples, photos, diagrams, and stories from the studio, Roma will offer her unique inside view of how Big Science, and its extraordinary hit single, O Superman, were crafted.

‘Big Science has never been more pertinent than it is right now.  Have a listen.  Confront the urgent questions.  Feel the chill.’
– Margaret Atwood The Guardian, April 8, 2021

‘It’s worth considering how readily Big Science stands alone, untethered from time and place.  And how, over the course of its near-40-year existence, it has been a record that has come to acquire new resonance with each generation, now standing as one of the most influential albums of the past four decades.  Big Science carries the sense that what you are listening to holds great breadth and depth.  As if it contains not only nine songs and one chart hit, but something more profound: ideas of America, thoughts on transportation, politics, love and money.’ – Uncut, Reissue of the Month 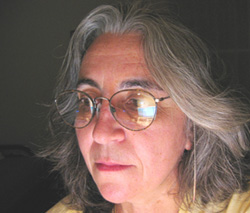 IMA Board member and summer faculty, Roma Baran was born in Poland, grew up in Montreal and lives in New York City and Southold.  She plays guitar, dobro, lap steel and Weissenborn and in her early years played with Kate & Anna McGarrigle.  As an attorney, she has done trial and impact litigation, and represents indigent clients in criminal and family court.

Baran  has produced many albums in the US, Canada and Europe and has garnered several Grammy nominations, two Juno nominations, and a Canadian Folk Music Award for Best Contemporary Folk Album.  She has worked with Laurie Anderson for many years, starting with “O Superman,” which shot to the top of the British pop charts.  She was nominated for an Academy Award for Best Feature-Length Documentary for producing “Bernard Herrmann: Music for the Movies.”

Suggested Donation is $25-$250 but less is perfectly fine.