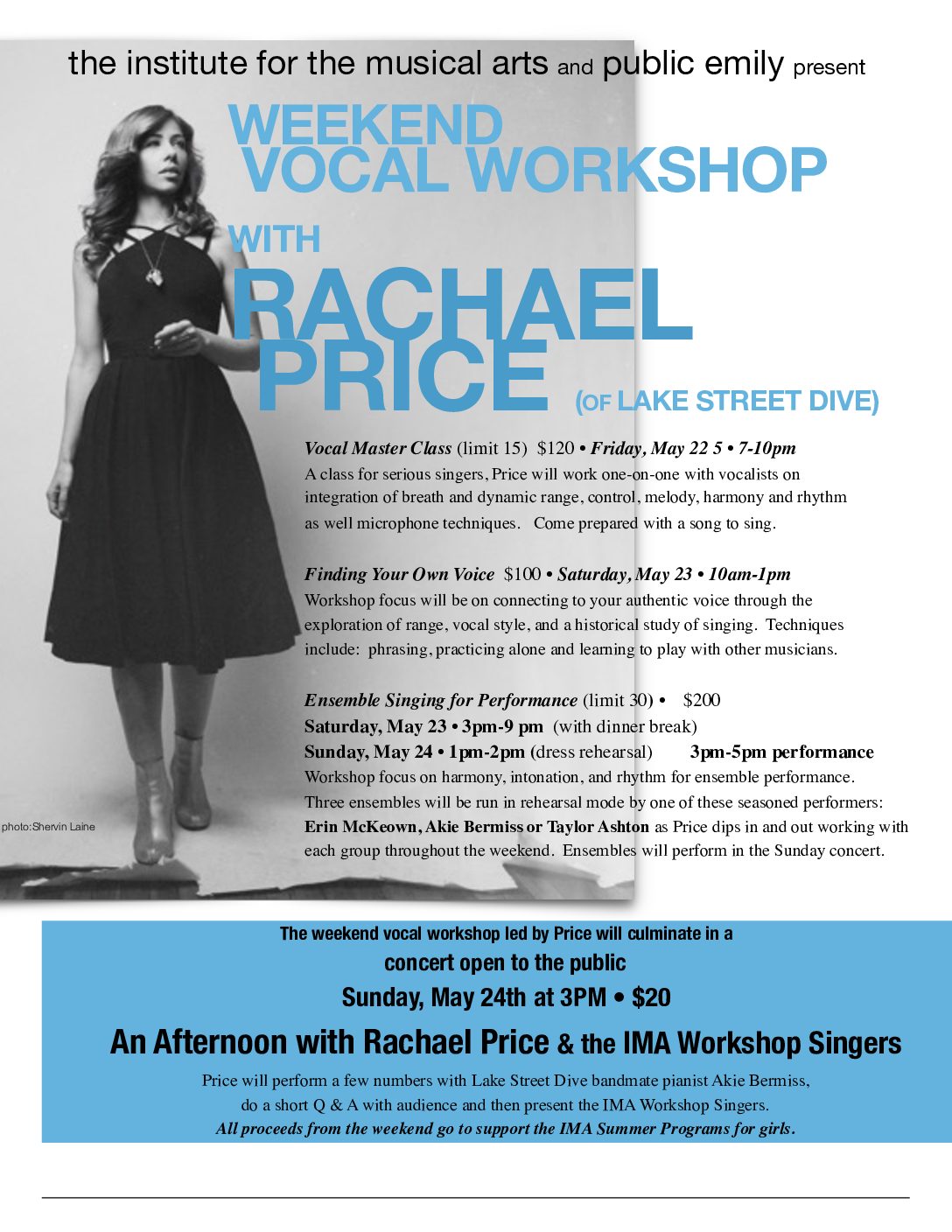 This class has been postponed until the fall. Date to be announced.

Vocal powerhouse Rachael Price is a legend in the making. The lead singer of Lake Street Dive started her journey at a young age in international traveling choirs and jazz ensembles. While studying at New England Conservatory, Price met her fellow Lake Street Dive members. In May 2018 Lake Street Dive released the self-produced Free Yourself Up and has been busy touring in support of the album. On their rise to success over the past few years, they have sold out many of America’s legendary venues, toured Europe and Australia, and made multiple national television appearances. During the band’s downtime, Price is involved in a project with Vilray Bolles. With simple arrangements and only a guitar for accompaniment, Rachael & Vilray perform original works and revive forgotten gems of the jazz big bands and western swing ensembles. Their eponymous debut album, Rachael & Vilray, is out now on Nonesuch Records. Equal parts sass, gritty soul, and unfettered grace, Price has been called a “cool cannon blast of a voice” by Rolling Stone and continues to make fans from the likes of Bonnie Raitt, Linda Ronstadt, Mavis Staples, and Stephen Colbert.